Who is online?
In total there are 3 users online :: 0 Registered, 0 Hidden and 3 Guests

Well, it's been 10 years and a few months and the Dawg is finally bowing out. Whether it's forever remains to be seen, but it probably will be.

Times change and this league has become stagnant for the past couple of years, so it was either a case of evolve or die. Already, the move to the new site has seen a number of ner owners join, which is of course encouraging, and I hope Matty and whoever else assists him along the way makes a success of the league for years to come.

It wasn't so much a case of me having decided the new site wasn't for me, but in the halcyon days of this site, things such as the chat box were active night after night, not a ghost town as it is nowadays. It's time for me to hang up my controller and perhaps, as I approach my 60th birthday in a few months' time, time for me to spend doing the things that 60 year olds do, rather than play video games.

I'd like to thank all those owners who have stuck with the league through thick and thin for a very long time, but in particular I'd like to mention Donniebrasco72, who was my partner-in-crime when we set this league up; tru11 who joined after the site had only been set up for a few days and who unfortunately has taken great joy in beating me season after season for the most part for the past 10 years; and MattyE88 who came along not that long afterwards. All of these have helped out in running this league for the past 41 seasons. I will miss you all and also long-standing stalwarts such as fraff, Hammy and MCFCDAP, who will admit himself he's been in and out over the years.

Judging by the recent footfall on here, most seem to have migrated to the new platform already. This site will remain open, probably for another month or so, but will then disappear into oblivion. To be perfectly frank, for the last couple of years, it has become expensive to run, since Forumotion changed their pricing policy and I am grateful to all those who have made donations over the years to keep the site running, safe and advert-free.

So good luck to all of you and I hope you continue to support the league for years to come. 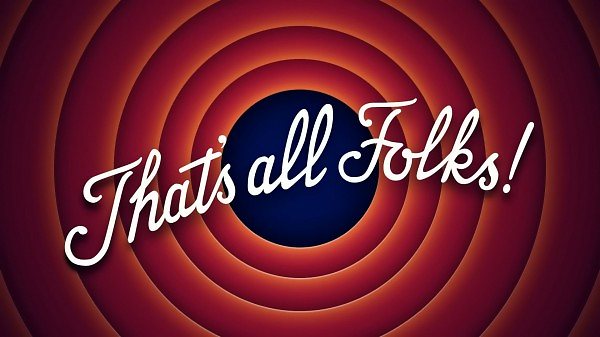 It's been an absolute pleasure George. Thanks for letting me be a part of this great league.
Something tells me this isn't the last we hear from the Dawg....

Thanks for everything George!  It has been an absolute pleasure, you have done an amazing job to keep this league going for 10 years + and it's a massive credit to the way yourself and others have ran the league.

The EAFL has been an amazing experience and I'm glad to have played a part of it.

Its been a great journey George. Your own time that you have put into this league! wow.

I can totally understand your decision. I have thought about it often myself. Got a wee while till I get to 60, but if I do make it to that age, I will probably retire then too.

I wish you all the best in your gaming retirement.

Outstanding work to everyone involved in the running of this fantastic league over those 10 years. Wish I had joined from the start as it made me love a new part of Madden I didn’t even know existed.

I may have never won the ultimate prize (mostly thanks to Tru), the level of competition and sportsmanship has been second to none.

Oi! I'm not quite dead yet.