Yesterday at 8:48 am by GeordieAlfie

Happy Birthday to us!

Happy Birthday to us!

Today is a special day in the history of the EAFL.

10 years ago to this very day, this site was set up after a conversation I had with my long-standing partner-in-crime, Donniebrasco, who along with me, was a member of a long-defunct league known (I think - hard to recall now as it's a long time ago) as the Euro Madden league. Unfortunately this league was run by someone who was a professional photographer and often disappeared at short notice, leaving the league stuck on its then-current week for sometimes as long as 10-14 days.

So, we decided we wanted to create something more reliable and hence this league was born and started around November time that year.

From that first wave of people who signed up, there are a only a few that have been ever-present since the start. Apart from Donnie and yours truly, tru11 appeared on the scene about 5 days after the site started and MattyE88, although not quite ever present, joined in early 2010 and has been here ever since as well.

Other notable mentions are MCFCDAP, who although not currently a member of the league is still very much around; tottenhamdan, who has returned to the fold this season after a long absence and was one of those who also joined in 2009; and stlr13, who although has not participated for many years, still turns up now and again to see what is going on. Finally fraff & H64mmy, who although were not in the first wave of owners, have been steadfast supporters of the league since late 2010 and early 2011 respectively.

I'd like to thank everyone in the league for supporting the league, whether you are one of the stalwarts who have been here from the start or not and hope that the league can eventually get back to its halcyon days when it was full. A special thanks to those who help me run this league. Without your help over the years, I don't think we would have made it this far. It's a testament to everyone's contribution that we have. 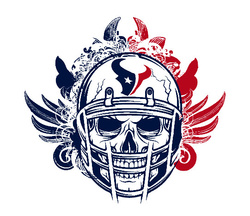 Well done EAFL. I can't imagine how much time has been put in over the years running this league. I certainly appreciate what you do.

Big Happy 10th to us