From what I've heard, there have never been so many patches in Madden as there have this year. The latest one is awful. I have no idea what they have done, but the worst thing of all is that the video glitch, where the video seems to miss a few frames and then your player and other appear magically elsewhere is back with a vengeance. I had one in my week 1 game where I had got a first down, but then my player warped back 5 yards and I hadn't after all.

Add to that, something seems to have been done to RBs, because plenty of times when I made a tackle the RB still managed to gain several more yards, carrying my player with him.

Penalties seemed excessive too in my week 4 pre-season game, although not quite as bad in week 1.

I hope they patch the patch soon, because they've made what was at best a mediocre game, bad.

Fully agree with this.

In my week 4 pre-season game I had the video skipping thing happen a couple of times but the worst thing was penalties!!

EA have lost it seriously, if they cared about anything other than MUT then we might stand a chance but I'm afraid that Franchise mode is dead to them as they can't make anymore money from it

The amount of patches is due to the game never really being finished.

Rex confirmed a while back,he had vision for gameplay and how to sort it.

EA said no its no marketable ,money grabbing no nothing but how deep pockets can get

I was on the positive end of facemask calls, two in a row, still don't think I scored a TD but hey. I've had the players magically go elsewhere as well, fingers crossed it gets sorted soon and doesn't cause any major problems 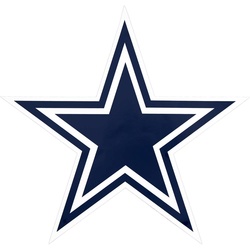