I was supposed to play Mani but he cancelled and I doubt he would have done as good a job as the cpu did.

I have a poor team all right, but receivers dropped balls all day and penalties were again a problem. 7-67 yards I think I had, which included two 3rd and long conversions for GB and a TD for me called back for holding. Cpu had 2-15, both of which were in the final two minutes when it didn't matter.

Generally, the cpu completed passes when it needed to, whereas I didn't. Didn't get much joy on the ground but cpu ran for about 150 yards I think.

Thing I found quite disappointing (apart from the 41-8 drubbing) were some floaty passes that looked like they were going to be incomplete but suddenly a receiver would race into the space to catch it.

This was only my 2nd game so obviously need practice but can't see why everyone is raving about ball physics and suchlike.

They were fine for me,dropped balls is a patch thing sadly

Nearly all my roster qualify as back ups. I predict there will be fierce competition to get onto the practice squad.
_________________

I had the same issues as Dawg. My pass rush was non-existent but the CPUs was the stuff of legend. I was barely getting to dropback before I was trying to dodge the onslaughter of dlinemen all hungry for my poor QB.

I don't have a problem with pressure but it was ridiculous at times - I appreciate it is backups that are playing but it is also backups that the CPU is playing.

I also had quite a few holding penalties and the floating passes seem to be a feature of CPU QBs in this Madden. I also notice that you can't simply run a play - it requires audibles to be successful. An example is calling a run play which the CPU will set up for and then audibling to a quick pass to make use of the man coverage. I don't particularly enjoy having to do this in order to gain success against the CPU but I suppose it needs must then so be it.

Some of this I will put down to All-Madden difficulty. In another league I played the CPU on All-Pro difficulty and it was a different experience entirely. 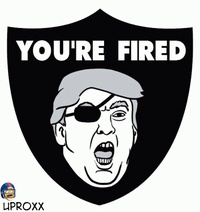 I played Kobza, it took 3 attempts to start because we were both stuck on Zoom camera despite neither of us having it turned on.

In the end, we turned on Camera Toggle to make it work for us, though I believe this is being patched.

Sliders seemed pretty good, it was very even, I just cannot get the knack of field goals and it cost me the win.

I had 3 holding penalties, including one on an 80 yard PA bomb on 1st and 20 after a previous penalty

Human-Human game
1) Pressure on QB - I guess it should be a bit more..
2) Running game hard to tell cause speed wasnt slow, and I just have no time to read th holes - so 2.2 yards per try
3) Coverage very nice - dont look like it need any changes.
4) Have some silly penalties on defence, but zero on offense. A bit strange cause Texans have like 4 holdings from his oline but zero penalties from his defence.
_________________ 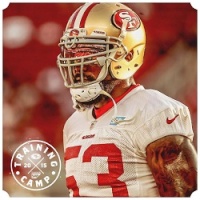 First of all, I still seem to be having camera issues. I turned camera toggle on, but found I couldn't make pre-snap adjustments. So we started again (started several times actually) and after turning it off again I had the zoom camera back and was having to adjust it via the arrow keys - sometimes several times a play.

After we had started about 4 or 5 times, I messaged Bap to say I was still having issues, but thought I would see it through anyway as at least I could adjust and then when we resumed after the pause, as if by magic the cameras were in the good old standard position.

As for the game itself, it was a mixed bag. My kicking was atrocious and EA have once again screwed up the wind factor - it seems to be exactly the opposite of what the arrow tells you it will be. I missed a FG and 3 PATs before finally just squeezing a PAT through the posts.

My defense played reasonably well, contesting balls but I don't like the way when there is a collision between a receiver and a defender, the ball balloons up in the air. OK, sometimes passes get tipped up, but the ball in Madden seems to hang in the air for too long.

Fortune was on my side for once with the penalties, whereas Bap got called time after time. After having played two games (one home and one away) I am beginning to wonder whether this is home field bias from the officials.

|Running was a mixed bag: both of us got stuffed for little gain and both of us busted off some big gains, so I suppose you could say that was fairly realistic.

My game gave out a few times. First game I was losing by at least 35 points. The amount of broken tackles were ridiculous, WR couldn't catch a thing. Geno Smith over a half had 12 attempts and 0 completions. In second game, the CPU first play on offense was an 8 yard run. A stat popped up over the HIs head - 4 broken tackles

I think the ratings mean a lot more this year but the sliders seem to amplify it to the point where the back up players non existant.

EDIT Geno going 0/12 wasn't down to accuracy. At least not all of it, it seemed about right. It was the WR drops that were the problem

Game 2 vs cpu enjoyable about 1 drop. Was losing but turned it around

Run blocking on both sides is an issue vs CPU. But it's fine vs Human. I think I'll be simming CPU games because they're simply a better player than me and it's very scripted
_________________
Owner of the Jacksonville Jaguars on Madden 18

And the reason Osweiler had so many passes is because the Cards hurt Tom Savage in my 2 min drill before half time.

Cards seem to have so many startable players against the run. Great roster. Though throwing a pick 6 in the 3rd quarter because I didn't realise Mathieu would be playing Nickel was somewhat irritating!

Field goal accuracy is totally f****d up.
We have two games with Xipie. In first game we made only one FG out of six attempts and non XP.
After disconnect I've missed 3 FG, and Xipie made one out of two. Also he missed XP.
This problame probably cost me a victory.
Also I've got 3 injuries in first game. And now, I've totally got 7 injured players, 4 of them are my starters.


Also I've got kick off probs. I've kicked ball out of bounce once. I don't such probs against CPU. 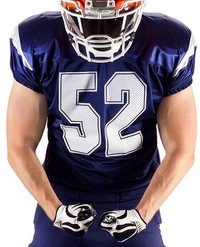