There are a lot of anomalies regarding the stats in M15, all the way from kick returns, to running the ball, to QB's missing open WR's - but, the simple reason why NO amount of tinkering with the sliders will make the stats realistic is because of the Confidence problem EA have put into the game.

The way confidence works means we all have to put up with extremes, effectively nullifying the good work done on the sliders at the start of M15.

We have to remember that the sliders were pretty good at the start of season 1 (before the crazy conf ratings kicked in) - and with just a couple of relevant minor adjustments made for season 2 it seems blatantly obvious to me that the sliders cannot rectify another awful EA 'fad'. Tru and Co have done the best job possible with M15 sliders in EAFL considering what they are up against.

The league isn't playing a "realistic'' amount of average plays per match compared to the NFL, I would say it's roughly at 75%.. no slider, confidence impact or something else can beat that fact, which makes a realistic stats discussion rather pointless imo.
_________________
S21-29 Carolina Panthers 98-46 record

@Xipie wrote:The league isn't playing a "realistic'' amount of average plays per match compared to the NFL, I would say it's roughly at 75%.. no slider, confidence impact or something else can beat that fact, which makes a realistic stats discussion rather pointless imo.

However I have been looking at number of plays per game in some instances, where I have seen high-scoring games, particularly against the cpu. It's something I will be keeping an eye on because it appears to me that some have worked out how to beat the cpu - and beat it comfortably, even with the sliders as they are - and also are somehow managing to get more plays in than would be expected. This leads me to conclude that when playing the cpu, certain owners are running the "hurry up" more than they should. I might be wrong of course, but it's something I will be keeping an eye on and now I've put it out there, I'm sure one or two others may take a look too.

That aside, in order to bring this sliders debate to a conclusion, we are not going to make any radical changes to them between now and the end of this series although Tru might do a little tinkering here and there in the next off season. They will certainly not be set to default and I doubt they ever will.

It wasn't that long ago that we were getting extremely high-scoring games in previous Maddens with 600+ yards passing being recorded on some occasions - no one liked that because it was unrealistic and now it's gone the other way not many people like that either. As I have repeated many times, the reason we have the sliders in place - and the reason this series they have been made especially difficult - is that cpu games were a waste of time. Now they are more difficult: very difficult at times in fact.

Just try to embrace the fact that EA have produced a "defensive" Madden and you are not going to get 56-53 score lines. Bish is right that they have made a pig's ear of the confidence thing but I fear that along with the hated (by me anyway) XP, it may be here to stay. We all have stories over bizarre goings on with confidence: one of my players scored an INT return TD in my last game and although he got some meagre XP for the feat, I noted his confidence hadn't moved and in fact some of his attributes dropped.

I do worry about EA's long-term plans regarding online franchise mode. It wasn't so many years ago I was playing Madden on the PC and suddenly they decided after Madden 08 to end their PC version. The game is all about MUT these days which is a cash cow in which they will continue to invest. I don't bother playing it myself - I don't have time apart from anything else - but most of the "bells and whistles" are, to my eyes, produced with MUT in mind.

And consider this: most leagues don't last even a season and I'd bet EA know this and gather data, which at some time down the road they might use as justification for ending CCM mode - should they decide to.

We'll continue to consider rule changes and suchlike but what we will not do is exacerbate a situation that has been created by EA where the good players' teams get better and better and the poor teams get poorer and poorer. To some extent, we are handicapped in this regard by the product EA has provided, but we are not going to make it easy for the "XP slags" to take advantage and fill their boots when they have a game against the cpu.

@Xipie wrote:The league isn't playing a "realistic'' amount of average plays per match compared to the NFL, I would say it's roughly at 75%.. no slider, confidence impact or something else can beat that fact, which makes a realistic stats discussion rather pointless imo.

You would need 12 minute quarters to come quite close, since I'm expecting the majority snaps earlier compared to real life.
I know the proposal to extend playing time has been sadly declined, just throwing out there that you can't expect realistics stats if you have less plays.

I wouldn't be to worried about EA letting go of CCM, it would make no sense to me even if UT's are the cash cows.
FIFA wouldn't think about dropping career mode, would be extremely surprised if Madden takes a different direction.
_________________
S21-29 Carolina Panthers 98-46 record

A lot of people think the quarters are too long as they are. I reckon on a game taking about an hour or so (assuming no OT and assuming people aren't pausing all the time). Increasing the quarter time would obviously mean this would increase to about an hour and a half and most don't have either the time or the attention span.

things are fine as they are.

@MattyE88 wrote:Maybe up the qrt to 10 instead of 9,with acc clock would not be bad idea?

Perhaps turn accell clock off, and either go to 8 or stay with 9 minute qtrs?

but if we turn accell off it wouldn't be.

I agree with this, though you couldn't really do a lot about it.

1) Cheesy QB roll outs to the sideline while dropping back, causing the AI to rush and leave receivers open.

Could we please clarify the 4th down rules. I guess it is generally thought of as "unsportsmanlike" to go for it on 4th down on the opponents side of the field before you are way down in the 4th quarter. But the reality is NFL teams go for it sometimes (key word) when they are just out of field goal range. Therefore, is it acceptable to go for it in a "coaches decision" when faced with this situation? I'm not saying every time but just once a game before the 4th quarter.

Also, can we consider banning QB sneaks on the goal line as they are pretty much impossible to stop. I hate them. 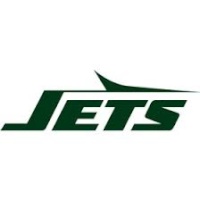 QB sneaks are a part of the game. They can be stopped sometimes.

The 4th down rule is in the rules. It's clear what the current rule is. It's one of the things we are looking at. However, it is considered unsportsmanlike in certain circumstances. At the moment, within the rules as they are, it's up to the individual to make that judgment call. I guess the way you should look at it is "Do as you would be done by".

Once we have concluded our pontificating, in depth discussions, we will come to a decision on what the rule will be for next season. It may be the same; it may alter.
_________________

I went for it on a 4th & goal from the 2 yard line against Stang. I had an opportunity to take a 10 point lead rather than a 6 in the 2nd half.

Is that wrong? I personally would have no issue if someone did it against me as scoring from inside the 5 is by no means a guarantee anymore. Plus if I had failed he'd have 98 yards to a touchdown and I'd have an opportunity to play for a safety.