Who is online?
In total there are 6 users online :: 0 Registered, 0 Hidden and 6 Guests

Well, yesterday we saw some very unfortunate stuff on here, which has led to one owner leaving and another leaving, presumably because he was disciplined. I'll deal with the latter issue later, but first, I'd like to talk about trash talking in general and also specifically the events that took place yesterday.

As I said yesterday, the committee looks at all of the results and it's rare that we miss something that we don't like the look of. We come to a consensus over what we are going to do: this might be nothing. a quiet word, a warning, a ban or complete removal from the league. It depends on what happened, whether it was a first offence or not, etc etc.

What I do not like is "trial by the mob" that took place on here yesterday. If anyone has a problem with how a game has gone that they were involved in, or have noticed a game result they don't like the look of, then what they should do is send a pm either to me, Donniebrasco72 or Tottenhamdan (or all 3 of us), pointing it out and telling us what happened or what they suspect happened. I know that some don't like doing this because they view it as "grassing", but we have rules in this league and we intend to uphold them. Without rules, we would have anarchy and while some of you might feel good about rubbing another player's nose in it, ultimately it's self-defeating because people will leave the league and we will end up just playing a few human v human games, with most games against the cpu.

Coming back to the "trial by the mob" issue, I don't want to see that again. people don't always know all the facts when making allegations and the committee who run this league are always careful to talk things over to be absolutely sure that we get our decisions right. We might not always get it right and usually the player being disciplined doesn't like it, but what is the alternative? Do nothing? There will be more players upset about that than one, who probably in the cold light of day, despite his protestations, will realise that he shouldn't have done whatever he did. We don't bear grudges; we apply the rules, dish out whatever punishment we feel is appropriate and move on. Some will disagree with our decisions, but that's life. The reason we have a committee rather than a dictatorship is so that we can bounce things around. We usually agree, but sometimes we don't and the majority view takes precedence.

The thread yesterday about the Chargers/Jaguars game (which also turned into one about the Bengals/Browns game) was inappropriate and we now find ourselves where we are, with two owners gone from the league. At the start of this season, we had a full house and frankly speaking, I think this league deserves a full house because of the work that is put in to run it, particularly on this site. Anyone can start a franchise, but in my opinion it's nothing without a site like this to support it and for players to talk. However, when things get nasty like they did yesterday, some people just won't put up with this and leave. That makes me angry, because Donnie and I don't put the work in on this site for people to abuse it.

My take on the two departures yesterday, for what it's worth are as follows:

1. Chimpy_Nuts probably left because of the events that went on on here yesterday. He mentioned he was in quite a few other leagues as well, but I believe that was something of a red herring. Why choose yesterday and why choose this league to leave? Rather a coincidence, don't you think.

2. dBatch2 - well his departure particularly disappoints me. He was one of the first members we had in this league and has been a stalwart of this site and this league. He ran up the score in his last game and got punished for it: that might have been the reason, but more likely was the fact that the lynch mob on here had the gallows and rope out. If I were in his shoes, I'd probably not be happy about it either and would consider my position. I am going to try to persuade dBatch to come back to the league. Whether he will or not remains to be seen.

I haven't taken any action in terms of banning members on this site yet, but I have the ability to do it. In case anyone is in any doubt, I can delete your membership and even block you IP address. It isn't something I want to do but as long as I am here I won't tolerate abuse on the forum. Obviously if it's in jest, that's a different matter, but yesterday was ugly.

Lastly, I am beginning to question my own ability to run this league. I actually thought I was doing a pretty good job, even though I say it myself. However, this season, in a season I might add, that looked so promising at the start, with all 32 teams taken has not panned out at all the way I expected it would. I have lost count of the number of owners who have left for various reasons. It's quite discouraging and makes me wonder whether all the hassle is worthwhile.

Well put dawg I will remain here in this league as well try and get dbatch back my self. It is bad to see grown men fight and wine over a video game. Its your house and your rules either we can take it or leave it. All of you guys keep it up and lets all have fun. 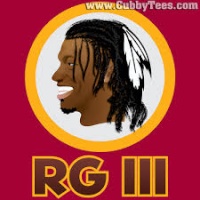 Hey Dawg. You run a great franchise and i hope you keep at it.

Also i was actually gonna be leaving a franchise regardless of what happened yesterday because the new one has only been running a few days and 8 games a week is a bit too much. It was just the antics on here that made choose this one.

exactly its a game

Planning on staying if that is good with Dawg. Was pretty ticked off yesterday kinda unloaded on this site. 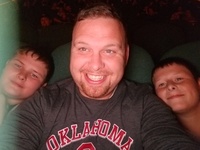 See dawg didnt even have to talk to him he just loves the game of football knew he wouldnt do it. Sorry I have been off the site for a while. Saying that like it has been days. (lol) I have been fixing up the house a little bit put a new wood floor in the kitchen and some new walls up. Just seems like no matter what you do its never enough.

Out of interest how are people in so many leagues? I barely seem to have time for one...

@brin wrote:Out of interest how are people in so many leagues? I barely seem to have time for one... 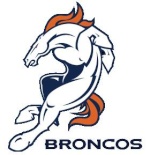 @brin wrote:Out of interest how are people in so many leagues? I barely seem to have time for one...

Might be down to 1 by the way its going!(Don't worry guys, I'm staying put in this one)

Or, I could go back up to 5 franchises again and get a divorce!

Shall we vote on it!

HAHA good old wife aye
I get stick from my girlfriend about it aswell about how i dont make time for her lol and i love madden more
_________________
PSN : tottenhamdan

Still nothing has changed - if I reduced it to 0, still nothing would change, because I'd be doing something else that would incur her wrath.

I'm in 3 :-) and it doesnt bother anyone, except me, because i get my players mixed up!
And the girlfriend is at Uni so makes no difference to her.....the peaceful life!

Exactly!! The joys of being 22 haha

well im in one because i just need time with the kids and wife i cant help it i love sex. lol