Running up the score. UPDATE

Running up the score. UPDATE

I've had a number of complaints over the past few weeks regarding the issue of 'running up the score' and what the finer points of the rule is.

There are some rules that don't need a great deal of clarification and have been set from day one and have stayed unchanged, while there are others that need to be adapted on a regular basis. The issue we have with teams accused of 'running up the score' is when is it a case of teams just 'making sure' or whether teams are just taking the p***. So, with that being said, the rule regarding 'running up the score' is to be 'tweaked' slightly to include the 3rd quarter and not just the 4th quarter.

Some of you may well think this is a little extreme but if you already have a 28+ point half time lead(this is an example) and have shut out your opponent then it's evident that you easily have the upper hand and the game is pretty much done. Now would be the ideal time to slow things down and notch a tick in the win column. I'm not going to put up a chart as to where and when it's still ok to score TD's in the 3rd quarter and would ask that owners that if they were unsure whether its ok to score again probably means they shouldn't.

The one thing that really annoys me is that there have been a number of instances recently where teams have scored 4/5 and sometimes 6 TD's in the 3rd quarter and feel that they have been in their right to do so. In my opinion, that's unacceptable and must stop immediately. The EAFL is a league made up of many different Madden players and owners of different skill levels. Some understand and are under no illusion that they will almost never make it anywhere close to a Superbowl appearance, there are some that are a game or two away from the big one and then there are some that will almost always make the post season and are a regular when things start getting down to the 'nitty gritty'.

So please remember, we were all rookies at sometime or another and do not deserve to have another owner continue to score when the game is clearly well out of reach. Please remember the first rule and that is - Team Owners are required to play with respect for their opponent and the game.
(This is the fundamental rule of this league and covers just about everything).

Ok, I've left this thread open so owners can post their thoughts below and I hope I've explained exactly what needs to be done in order to continue this franchise.

I said this ages ago and no one listened.....Basic common sense.

Play fair and don't be harsh just to run up stats or scores.

Also for an Example.
4th Quarter and If your up by seven and intercept and there is a few mins left run out take knee and stick to a field goal because opponent still needs two scores to come back.If there is like 5 mins left run it in.

Just use your Nogging, Simples

For me , running up the score is done by stat "whore's", people who want to see there QB/RB/WR at the top of leaderboards. WHO CARES !!!!

Does it make a difference if your QB throws 30 TDs to your life, and if it does then just play the CPU offline on easy mode, you will feel like a beast. 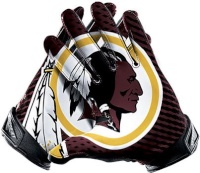 I had hoped that people would be adult about this but it seems that some are determined to push the rules to the limits. You might get away with it once or twice but we will catch up with you eventually. And then no doubt the guilty ones will bleat about how unfair it is that they have been banned and so on.
_________________

I totaly agree with what has been said above. This is a good league, and its good because of the effort that people put in to run it. It is also good because the rules are upheld. I also like for the most part xtreme, as I can check out future opponents and what there prefference is during a game. Unfortunately, the side effect of this can be the boner crew, staring for hours at their own stats.

At the end of the day, most of us on here like american football. We can have the team we like and try and win games with them and build them up over 3/4 seasons. I for one wouldnt like to lose this league, and would back any disaplinary measures to keep it a cool league. If people are willing to play on the other side of the rules, and get caught and they should grow a set and take the punishment.

id like to add to this that i would appreciate it if people dont take the p*** against the CPU as well cause owner do get their team back.

Yes, but what if our opponent has it coming? Like they've been a dick, talked smack all week long, or have done things in the game to annoy you, like purposely taking timeouts with the game out of hand ect. Or if you have not beaten someone before, like me vs tru for instance, and when you are actually winning, want to rub it in for all those past frustrations? Are there exceptions to the running up of the score rule?

@MattyE88 wrote:I said this ages ago and no one listened.....Basic common sense.

Play fair and don't be harsh just to run up stats or scores.

Also for an Example.
4th Quarter and If your up by seven and intercept and there is a few mins left run out take knee and stick to a field goal because opponent still needs two scores to come back.If there is like 5 mins left run it in.

Just use your Nogging, Simples

This I do not agree with, especially if my opponent has timeouts. If he is out of timeouts with like 3-4 minutes left I might go out at like the 10, and run draws, or screens to run the clock down more, but I'm still scoring a TD if I can. And hell I might even run the pick in. I have blown a 17 point lead with about 2 minutes left before, so I rarely take my foot off the gas much before the 4th. I have gotten burned by going to conservative before. They score, and get a quick onside kick and you're right back in a dog fight.

That's ok. Play to your own rules and see what happens.

We look at every score. If we don't like what we see then we take what action we think is appropriate. When you are ahead towards the end, possession is more important than scoring. We are not having this debate again. The rules are there in place and are not going to change. No one is suggesting you let the other player get back into the game; but if you rub his nose in it then there will be consequences, whether you agree with it or not.
_________________

Seems our 'padding your stats' bump last week has worked for some but now we have owners taking the p*** when already in a comfortable position.

Already in week 7 we have one team that thought that a 28-0 lead against a cpu team wasn't enough, so scored again in the 4th quarter just to make sure!

Now we have another owner that had a 38-7 3rd quarter lead, and then promptly scored again in the 4th quarter.

The 2 scores above will be 'mulled over' by the committee and a decision will be made over the weekend.

Well this is obviously a reference to my game so yeah if we're knocking me then fair enough, I'll take any punishment if due as Im comfortable in the fact its not my usual behaviour. Wont be happening again. It wasn't a deliberate attempt to run the stats up, if anything I could have put that score well up in the 2nd quarter. I dropped Brees and my TD was from a 3rd and long with my backup Qb. I would like to bear in mind that I never try to "spam" one player considering the options I have on offence i.e I'll have 4 players in the top 50 receptions as I spread the ball around.

Apologies anyway I know how much of a ball ache it is and like I said any warning is fair cop. 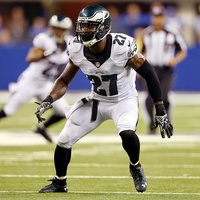 @Stang wrote:In my defense, I ran the ball every play just about in the 2nd half, threw it maybe 5 times total in the 2nd half. And the possession I scored the last TD after I returned a pick inside the 15, and I just ran the ball from there. I scored with about 6-7 minutes left. Then I had 4th down at the 24 with about 3 minutes left, but I punted it instead of kicking the FG.

Not that I really care, but you threw a fade route on 1st down with about 4 minutes to go, so i'm assuming it was after the pick. Which was about 5 minutes after I pretty much gave up.

Like I said, I don't really care to be honest.