yeah, what the hell are you doing....talking about "pukesburgh" on this thread! 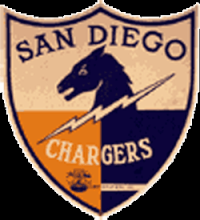 GBDawg1 has left the franchise

Hey everyone my names is Andy and I work as an accountant in London, where I am currently living with my girlfriend. I have been playing madden on the xbox for atleast 5 years now and this is my first year on the PS3. I am a massive new york jets fan, and must have been to new york to watch them play atleast 3 or 4 times..

So thats just a little about me, I like forward to talking to all of you and getting to know you a lot better.

Hey welcome to the franchise Andy

Be sure to friend request some of the guys on psn to arrange some friendly games prior to starting the new season.

Don't worry.......It'll be all good.....unless I can find some skeletons in the wardrobe

Bumped for the new(ish) boys.

Appreciate anyone who hasn't introduced themselves to do so. Even some who have been around for a while - there are several of you that are dark horses and we don't know much about.
_________________

Im Jamie and Im the new owner of the Panthers. This Franshise was recommended to me by Jim aka Redskinul, who I play with in another online franchise.

Where to start really, born and raised in North East Wales, went to university in Derby, while there met a girl from Carlisle and we've been living in York for the last 2 and a bit years.

Im 24 years old, and a trained primary school teacher, and my Girlfriend is a charted accountant although she hated her job. So sometime last year I came into a bit of money so we invested in a sunbed salon. We're doing quite well so we're looking at opening another 1 next november, and Im looking at going back to teaching in september, as quite frankly im bored stiff.

I got into American football from an early age as I used to stay up to watch the WWF wrestling on SKY and it was on directly before it. Before I knew it I no longer watched the wrestling and was only interested in the NFL.

Im a massive Raiders fan, which has been very hard over the last 8 years or so, but Im a sucker for punishment as my soccer team which I follow religiously all over country are Wrexham fc. And the last time we had a decent season was the same as the Raiders, 2002.

The missus has free reign over the tele so, im always on the laptop, so will be faily active on here.

Looking forward to playing/beating you all.

Jeez. It just goes to show, there is always someone worse off than yourself, just like they say. And I thought I had it bad with the Browns and Northampton Town. Wrexham and Oakland? At least I haven't yet suffered sliding into the conference. Admittedly, we've come close a couple of times.

These guys who support the prem teams can't even begin to imagine what that's like.

Welcome to the NFC South Jamie! Easily the best division in the EAFL

It may be a good time to be a City fan now but i remember 12years ago and Division 2, especially a freezin cold wet Tuesday night when we drew 0-0 with Wrexham in easily one of the worst games of football ive ever seen! Were not all glory hunting United fans from Lindon or Ireland

And im no glory hunter i was born into the United Family.

but atleast we gave every team 2 cup finals that year!

Matty, a United Family based in erm....London

but atleast we gave every team 2 cup finals that year!

Matty, a United Family based in erm....London

Nope i have family originally from there,plus my whole family except 2 are united fans. knowing all history

@MCFCDAP wrote: at least we gave every team 2 cup finals that year!

You are turning into a MUFC type without realising it Dap. Cup finals

Thats what we used to sing to every team back then "1-0 in your cup final" now we just go with one of my fav chants of " we'll buy your club, we'll burn it down"

Yes, we heard it from Leeds too, when our paths crossed there.

I always fear for clubs like yours and Chelski, that one day the owners will get bored and find a new toy to spend their money on and it will all end in tears.

It may happen one day and if it does it wont change anything, my blood is still blue and I will always be a City fan, with or without money.
Only good thing that would come of it is all the "jump on the rich team bandwagon" fans would stop coming and the true fans would still be there so we'd still get 30,000 a week like we did in division 2. And luckily we have one of the best youth systems in English football so the talent would still come through that.

But until that day, i will enjoy this spell of being oil-rich and hopefully it will bring success

but we all still have the "typical City" mentality and it wouldnt surprise any City fan if we f**cked this up and won nothing lol
_________________
Owner of the Tampa Bay Buccaneers!!

you may have gathered- I'm from Nottingham!

Anyone else being having trouble with the site. Ive been trying to post a reply all day but it keeps timing out.

Yeah I had to go to Derby uni it was the only one that would have me. ha.

And Dap is true with what he said, it was our cup final that year, we only averaged 3000 odd that season and we had nearly 10k at our home game. i remember Citehs centre half scored a towering header, but we should have won that game. Terry Cooke tore Richie Edgehill and new one that game, and the citeh fans boo'd his every touch. Its strange because those were your darker days, but it the best we've been for a long time(since our European days), as we got the FA cup quarter finals the year before, beating Birmingham and West Ham along the way.

Anyway thats for the welcome. And just remember, man united fans are like rats, you never more than 10 metres away from one.

welcome aboard bro and agreed on the man u part

Hi all, my names James, but most folks call me Hammy. Live in Ayrshire, Scotland ( no jokes about the rugby today please

). I think I might be the second oldest member on here, 21 with 25 years experience

. Anyway been an NFL fan on and off since the 80s, and getting back into it since I started playing Madden late last summer. Just joined another franchise recently to have some decent games instead of the usual online games. Am on the waiting list for a team, and look forward to some good games. My psn is H64mmy, add me for a friendly game.

I Live in the States and I am from Tampa, Florida. I am a avid Bucs fan. I have been a fan of the Bucs since they were announced as a franchise back in 75. I am married for 28years now and have 3 grown children. I have been at my current job for 20 years now in the trucking Industry. I got involved with madden a year ago and I love playing although I am average at it. I wanted to play in a structured league as I was getting tired of random lobby games with guys that will do anything to win a game. I thought it would be fun to get involved in a league with my cousins across the pond. I was given the Jets and will work hard to keep them competitive. I have met a couple of you guys already and hope to meet all of you soon. well, enough of my ramblin on here. Glad to be here in the EAFL.